Schlesisches Nr. When the regiment marched out of barracks in Breslau at the beginning of the war, Jonkheer de Casembroot was serving as adjutant of the 2. By the 1st of July he was in the same appointment, but by now an Oberleutnant. Some time between then and June he was promoted to Hauptmann and took over as battery commander of the 6.

Batterie, 2. He was in command of the battery at the start of the battle on the Somme but was wounded early in the fighting. After his recovery he was reassigned to the 9. Abteilung and took part with his battery in the fighting at Passchendaele. Hauptmann Jonkheer de Casembroot was still in that appointment on the 1st of April but by the 1st of October had moved to a different regiment.

Left: The tunic of Hauptmann Jonkheer de Casembroot. The tunic was tailored the month after the fighting at Passchendaele described below. The following extracts are taken from the regimental history of Feldartillerie-Regiment Nr. When the enemy attacked from its positions at Fay the rapid fire of the batteries caused it heavy losses to the north of Fay in the vicinity of Assevillers.

Despite the well-prepared positions of the 6th's batteries they lost two of their guns to direct hits.

Soon there were no more German infantry in front of the battery; it was late in the afternoon when infantry reserves marched through the positions of the batteries to form a line of defence to the south of Assevillers. Hauptmann Jonkheer de Casembroot, the battery commander, led them forward personally and was wounded.

Oberleutnant d. Grospietsch took over command. Passchendaele The th Infantry Division took up position to the east of Wieltje where it suffered through British bombardment and then met the British attack on the 31st of July. The troops suffered heavily and the division was withdrawn from the front the next day. The 9th Battery was to serve as a mobile reserve and the men stood ready with their guns limbered up, waiting for the order to move out.

At about 10 a. Hauptmann Jonkheer de Casembroot was given a rundown on the British breakthrough. He was directed to act according to his own initiative. At around noon he took up position with his two guns to the north of Grafenstafel and was very successful in helping beat back the British attack on Almenhof. The rest of the battery was left in reserve. The staff of the III. 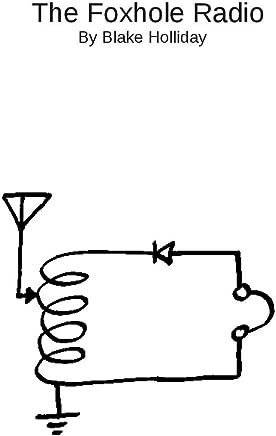 After the section of the 9. From there they were able to support the counterattack of the Use whatever you can to keep them at bay. Play the first gamemode Reclamation, at outpost 1.

New reclamation maps will be released monthly and sometimes seasonally depending on the occasion. Features Unique barricade system for building up your defenses to hold the attackers at bay. Periodic map releases with unique scenarios to keep things fresh. Relentless AI that will stop at nothing in their pursuit to track you down and kill you.

We've got things in a good place for an early access release but we still have time to spend time ironing out mechanics, for all aspects of game play. More dynamic gameplay.

From setting traps to sneaking, future game modes will offer even more diverse gameplay. Oculus Support Oculus is fully supported out of the box with a 2 sensor setup. Vive Support Vive is fully supported out of the box. Tout afficher. It is so powerful and so beautiful you will want to stay there forever. Basically, it is a large circular area. Countries, cities, etc. Those trees are on the circumference of the area.

One part of the woods are trees honoring the veterans and warriors who defended Bastogne. That by itself would be enough to make you want to come here, but what Bastogne did a few years ago to honor the victims of one of the worst tragedies in the United States makes this a can't miss. On December 12, , one of the worst atrocities occurred in Newtown Connecticut.

A madman broke into a school and murdered 26 people. To honor these victims, Bastogne added to the Peace Woods plaques and planted a tree for each victim.

I've attached a picture of the plaque but a picture does not come close to how powerful this place is. As we traveled through the area, visiting various war sites and memorials, we came here. It is small and simple but speaks volumes about what happened here. If you saw "Band of Brothers," you will recognize the names of those killed here. Directly across the road, you can walk through the woods, where they fought.

Nearby along the road are the remnants of foxholes in the forest. If you are in the area, please take the time to stop here and pay respects. My husband and I visited this memorial and the Jacques Forest located north of Bastogne on a tour of the Battle of the Bulge sites. The memorial is right on the roadside with parking across the road.

It is dedicated to the men of E Company, st airborne and those who lost their life. These soldiers held this position in Jack Forest during December and January They endured mortar, rocket and artillery fire in addition to freezing conditions. There are many remaining foxholes that can be viewed if you take a walk through the forest.

It is a haunting place. Halt Station is on the same side of the road as the memorial and was a landmark for troops fighting in the woods.

The railroad tracks have been removed and it is now a paved bike path. Went here on our way to another site. The memorial is nicely situated on the main road so you can easily find it. Not sure if they are genuine after all the time that has past, but who cares just to be there and get a sense of how the fighting would have been is very moving. Worth a visit even if just to pay your respects. Walk the farm lanes, beauty hillsides cultivated, cows enjoying the tranquility, down into the well managed pine plantations where some of the people hid for several days.

Well marked-can't get lost. Not steep. Bit muddy in a few places. Plaques and panels telling their stories with photos along the way. Try this after paying your respects at the big cemeteries. Learn about the conflict from a civilian perspective, enjoy the belgian countryside and get some air Sainlez is a tiny village.

There are no services so 'bring your own'. Profile JOIN. Log in to get trip updates and message other travelers.